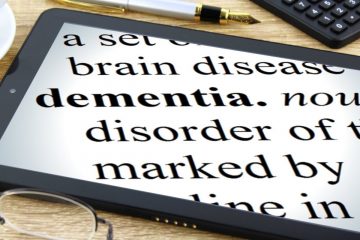 I found this great article on the AARP website. You can find the original by clicking here, but I shortened it, edited, and added some stuff for the purposes of this post, based on what I’ve learned researching Alzheimer’s and dementia since 1998.

First, it important to note that from age 50 on, it’s not unusual to have occasional trouble finding the right word or remembering where you put things. However, to some extent, this is preventable, and even reversible, especially by following the steps in my Alzheimer’s post found here.

Absent-mindedness also happens at any age with everyone though, to varying extent, and is more common among certain brain types, like your typical “absent-minded professor” who is quite intelligent, but just has a lot on his very creative mind.

Consistent, persistent, and progressive difficulty with memory, cognition, and ability to perform everyday tasks might be signs that something more serious is happening to the brain. Listed below are 7 common signs that dementia (of all types) might be an issue. I emphasize the word MIGHT because people tend to overdiagnose themselves, so be careful to get 2 or more opinions from qualified medical professionals before jumping to any conclusions.

Even after you suspect dementia in yourself or others, and even after some official diagnoses, it is still reversible, especially in the early stages, so be sure to find out how and get started ASAP by reading this post right away!

Dementia isn’t actually a disease, according to the Mayo Clinic. It’s a catch-all term for changes in the brain that cause a loss of functioning that interferes with daily life.

Dementia can diminish focus, the ability to pay attention, language skills, problem-solving and visual perception. It also can make it difficult for a person to control his or her emotions and lead to personality changes.

About 1 in 11 Americans age 65 and older are living with the condition, according to a 2017 study published in the journal JAMA Internal Medicine. A range of brain illnesses or injuries can lead to dementia, with Alzheimer’s disease accounting for 60 to 80 percent of cases.

Diseases that cause dementia

These conditions are the leading causes of dementia. Many patients have mixed dementia, a combination of two or more types, such as Alzheimer’s and vascular dementia.

Alzheimer’s disease (AD). Alzheimer’s is characterized by amyloid plaques and tangled fibers in the brain and by a loss of connections between nerve cells. Damage initially appears in the hippocampus, an area of the brain involved in memory formation, and gradually spreads. One of the unique characteristics among many people with AD is their unwillingness to admit they have AD. Some even act defensive about the subject and others, like my mom and her sister, get mad at the mere mention of the word. Those with other forms of dementia tend to be less defensive and can sometimes even joke about coming down with AD.

Vascular dementia. The second most common type of dementia is caused by damage to the vessels that supply blood to the brain. It tends to affect focus, organization, problem-solving and speed of thinking more noticeably than memory.

Frontotemporal disorders. Degenerative damage to the brain’s frontal and temporal lobes is the most common cause of dementia in people age 65 and younger. Symptoms might include apathy; difficulty communicating, walking or working; emotional changes; and impulsive or inappropriate behaviors.

A loved one showing symptoms of dementia needs to see a medical expert who can conduct tests and come up with a diagnosis. If a loved one has dementia, you’ll want to plan how you will manage that care, especially as the condition progresses.

But it’s also important to rule out other medical conditions with dementia-like symptoms that may disappear with treatment such as infections and side effects of medications.

Here are 7 common signs to watch for among all forms of dementia (not ranked in any particular order):

Difficulty with everyday tasks. Everyone makes mistakes, but people with dementia may find it increasingly difficult to do things like keep track of monthly bills or follow a recipe while cooking, the Alzheimer’s Association says. They also may find it hard to concentrate on tasks, take much longer to do them or have trouble finishing them.

Repetition. Asking a question, hearing the answer and then repeating the same question 15 minutes later, or telling the same story about a recent event multiple times, are causes for concern, internist and geriatric specialist Jason Karlawish, a professor of medicine at the University of Pennsylvania, noted in a 2018 article for AARP.

Communication problems. Observe if a loved one has trouble joining in conversations or following along with them, stops abruptly in the middle of a thought or struggles to think of words or the name of objects.

Getting lost. People with dementia may have difficulty with visual and spatial abilities. That can manifest itself in problems like getting lost while driving, according to the Mayo Clinic.

Personality changes. A loved one who begins acting unusually anxious, confused, fearful or suspicious; becomes upset easily; or loses interest in activities and seems depressed is cause for concern.

Confusion about time and place. Loved ones who forget where they are or can’t remember how they got there should raise alarms. Another worrisome sign is a person becoming disoriented about time — for example, asking on a Friday whether it’s Monday or Tuesday, according to Karlawish.

Troubling behavior. If your family member seems to have increasingly poor judgment when handling money or neglects grooming and cleanliness, pay attention.

Some people who experience memory loss or have difficulty with attention, decision-making language or reasoning may have a condition known as mild cognitive impairment. The condition causes a noticeable decline, but the changes are less severe than with dementia and a person can still perform normal daily activities, according to the Cleveland Clinic. People with mild cognitive impairment are at an increased risk of developing dementia.

Finally, here are some ailments that can mimic dementia, but as mentioned, if dementia is suspected, be sure to get two or more diagnoses from qualified medical professionals.

Any number of treatable conditions can cause dementia-like symptoms. Some of the most common: