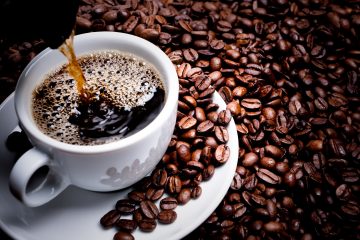 Coffee is the second most highest traded commodity in the world – second only to oil, and ahead of gold and wheat – with over 12 billion pounds produced annually. Meeting that demand is no easy task. So over time, farming methods have evolved to maximize production and save costs, but often at the expense of human and environmental health.

This is why most coffee is non-organic because it’s much cheaper and easier to grow, which translates to higher profit margins. Most people either don’t know the difference between organic vs conventional or just don’t care enough about their health to pay the extra 20-30% for organic.

So no you might be asking, “What is the difference between conventional and organic coffee, and does it really matter that much?”

As mentioned, coffee is really hard to grow, so conventional coffee is full of synthetic fertilizers, pesticides, herbicides, and fungicides.

Not only does the environment suffer from this overload, but so do the people who live and work in that industry. The surrounding communities are also impacted by toxic chemical residues in the air and water.

In the case of organic coffee, there are no synthetic fertilizers or chemicals used in growing or production. Only organic fertilizers are used, like coffee pulp, chicken manure, or compost. This gives organic coffee more antioxidants, as well as a distinct taste difference. Your enjoyment, health, and the health of the planet, all get a boost.

Additionally, most non-organic conventionally grown coffee plants are hybrids developed to flourish in the open sun. Coffee naturally prefers the shade, but a crop grown in thick forest is more difficult to tend and harvest, and cannot be planted as densely.

This is why forests are cleared to make room for open fields in which to grow mass amounts of this conventional sun-loving coffee. Production increases, but the wild ecosystem of flora and fauna is demolished.

Natural pest-eating animals, like birds and lizards, who live in forests, are absent in these open fields, so the usual coffee pests proliferate, leading to more pesticide use. Without the natural fertilizer of these ecosystems (bird droppings, leaf litter, and natural decay) the use of chemical fertilizer must also increase.

When it rains, the lack of tree cover means there is increased water runoff. Soil washes away faster, and with it go natural nutrients plants need, eventually eroding and degrading the soil so much, that growth is almost impossible. The rainwater carries away all of those chemicals used in those crops too, and all that ends up in local water supplies.

Most organic coffee, on the other hand, is grown the natural way – within the shade of lush forests, providing a natural home for wild plants and animals and sustaining soil fertility.

The health effects to you personally are more numerous than you probably realize. Conventional coffee will certainly damage your health and even make fat loss harder because toxins are stored in your fat cells, making those cells harder to burn off.

Caffeinated coffee can have some additional benefits for fat burning, brain health, and exercise intensity, but they are only slight and, in my opinion, not worth it, compared to the downsides of becoming dependent on the energy “bump” many people want or think they “need” from caffeine, not to mention the dependency issue. Decaf coffee still has the same nutritional benefits as regular coffee, so that’s what I choose to drink.

Lastly, some mold is found in most coffee, including many organic varieties, which can damage your DNA and brain cells through the mycotoxins found in the mold spores. It’s not as scary as it sounds though, so just set switching to organic and your first priority, and then migrating to the tested and certified mold-free varieties next, if you want to take that step.