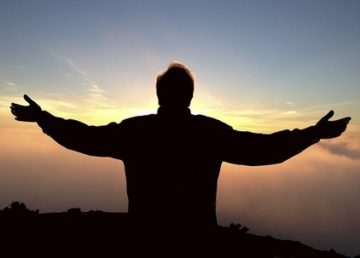 Have you ever stopped to think how blessed we really are, especially in this country (USA)?

Sure, we have our problems, just like anyone in any country, but as messed up and dysfunctional as we are, our first-world “problems” pale in comparison to pretty much anywhere else on the planet. In fact, if you were to take a poll of the people in the world who don’t live in the USA, more than 9 out of 10 would give their right arm to trade places with you and have your “problems” instead of theirs.

Times are getting better too. When someone looks back on the “good old days” with fond memories and talks about how much better things were, they have really just lost perspective.

Let’s go back to the 1950’s for instance, an era known for its prosperity and happiness. No air conditioning in your house or car. No disk brakes. No jet airliners. No cell phones. No color TV. No computerization of any kind. Ten years shorter life expectancy. No convenience foods. And the list goes on.

The only people in the USA today who are not better off than an Egyptian Pharaoh, a Roman Emperor or Medieval king are those living out of shopping carts under bridges. And even they are better off than the peasants of those times.

We really have no right to complain. As mentioned above, most people in other countries would give their right arm to trade places with you. The worst day of your life is better than the best day of half the world’s population.

It’s much easier to complain than to feel gratitude because the brain is wired to focus on the negatives more easily than the positives due to our innate survival mechanism, which causes us to be hypersensitive to things and experiences to avoid. We can override this, however, with conscious effort towards exercising gratitude. There are lots of ways to do this, but one of the best ways is to count your blessings.

A good way to start this process and is to fully grasp the benefits of our 21st-century life by watching three PBS TV series, in this order: “1900 House,” “Frontier House,” and “Colonial House.” In these shows, ordinary folks are plunged into historically accurate settings where they try to live for several weeks. Available on YouTube, the films show authentic, as opposed to Hollywood’s idealized daily life in previous times, when industrial capitalism was still in its youth. Dramatic eye-openers, they will make you spectacularly grateful for the life you have. To reduce your stress and really put things in perspective, check them out. Then you will find gratitude much easier to experience.