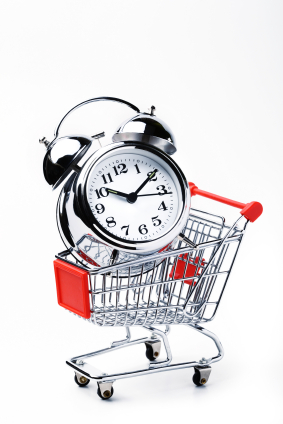 Money is great and all, but using it to buy more stuff, nicer stuff, and bigger stuff, thinking that stuff will make us happier, is a mistake many people make.

Using money to free-up more time, however, instead of more stuff, is linked to increased happiness, according to a new study.

Most people complain about how “busy” they are and how stressed they feel. Psychologists say a primary source of stress and anxiety does indeed come from a lack of time and can even contribute to insomnia.

In an experiment, individuals reported greater happiness if they used $40 to save time – such as by paying for chores to be done – rather than spending $40 on material goods.

More than 6,000 adults in the US, Canada, Denmark and the Netherlands, including 800 millionaires, were asked questions about how much money they spent on buying more time.

The researchers found that fewer than a third of individuals spent money to buy themselves time each month.

Those who did reported greater life satisfaction than the others.

The researchers then devised a two-week experiment among 60 working adults in Vancouver, Canada.

On one weekend, participants were asked to spend $40 on time-saving services like buying lunches to be delivered to work, paying neighbourhood children to run errands for them, or paying for cleaning services.

On the other weekend, they were told to spend the same amount on material goods. Material purchases included wine, clothes and books.

So the take home message is this: Is there something you hate doing that fills you with dread and could you pay somebody else to do that for you? If so, then science says that’s a better use of money than the “retail therapy” people often jump too when they feel stressed.

Buying stuff may make you feel better immediately in the short term, but it’s a fleeting experience. Buying time actually reduces stress and contributes to your overall well-being which helps you in the short term and the long term.

This is one of the mains reasons I created the X Gym style workout, which takes only 21 minutes, twice a week. This 42 minutes per week, according to our own data since 1998 and our client reports, is equivalent to about 7 hours of traditional training. That’s a lot of time and increased happiness! Plus, since X Gym is about 1/2 the price of traditional training, which leaves our clients with more money to use for even more time-saving investments!