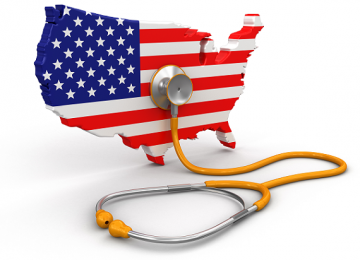 Here is a story from Tom Carroll, in an issue of the Stansberry Digest Newsletter (one of my favs).

It was a Thursday morning in August. The weather was warm, humid, and drizzly. I could smell the ocean in the air. My family and I were at our Delaware seaside home. I was up early, looking for coffee.

However, this morning felt different. I awoke feeling out of sorts. Not a cold. Not indigestion. Not a hangover. This was different, and I couldn’t quite place the feeling.

An hour later, the numbness in my left arm spread to my entire left side. Very strange. My wife demanded that we take a trip to the emergency room.

So on this random Thursday during the summer, about 100 miles from home, I was admitted to a hospital for the first time at age 44.

My name is Tom Carroll.

After graduate school at the Johns Hopkins Bloomberg School of Public Health, I was recruited to a Wall Street job. My background set me apart from the competition. I spent the next 18 years analyzing companies and picking stocks.

When it comes to navigating the health care system, I consider myself an educated consumer. Not only has my entire professional career been in health care, but much of the dinner-table talk during my childhood involved health care, too. My Mum was a nurse-turned-health-care-executive in this crazy system.

But after figuring out I wasn’t in danger of dropping dead on the spot… my visit transformed into an inefficient, expensive, and annoying 30-hour ordeal.

In other words… the sale was great, but once I became a customer – not so much.

After the initial burst of efficiency, the nurses and hospital workers subjected me to a battery of tests – heart tests, a CT scan, an MRI, blood work, and more. They attached a bulky heart monitor to me… and inserted an IV line.

Then, I waited. And waited. “So this is what I’m in for in the future,” I thought as I imagined myself requiring the litany of treatments we commonly foist on older folks. “This is what we are ALL in for.”

“Miss… excuse me… hello… nurse?” I said, trying to gain some attention. “Could you let me know when a doctor might be by to tell me something?”

All I got were apologies. “We don’t know when the doctors come by,” one nurse said.

“Do you think I could I have a cup of coffee?”

About 20 hours into this experience, the first actual doctor appeared at the side of my bed.

He looked at me curiously. “What may I do for you?” he said.

What can you do for me? How about telling me something about the tests I’ve endured over the past day? As I began to tell him the story from beginning to end, he quickly cut me off. He told me he was a neurologist and asked again, “Why am I seeing you?”

I told him I had some numbness in my arm and leg. “Ah!” he said. “That’s why!” He then glanced at the CT scan of my spine and told me everything looks great. “Have a nice day.”

The doctor spent a total of five minutes with me.

I only saw one other doctor… the one who signed my discharge papers. And of course, that interaction doesn’t really count. It was purely administrative.

After the first doctor left my room, I began to wonder how much this experience would cost. I was then visited by both a physical therapist and an occupational therapist… They both said they were there to “get me on my feet again.” I didn’t need any of this. I just wanted some answers about why I felt this way.

But no answers or opinion were ever provided to me… just a perfunctory discharge.

I had a severe deficiency of vitamin B12. As it turns out, vitamin B12 is very important. And not having enough of it can mimic all kinds of neurological diseases. I immediately went on B12 injections and supplements.

About a month later, the bill from the hospital showed up in the mail.

“Guess how much?” I asked my wife.

That covered 30 hours in the hospital. No surgery. No heroics. And no answers. I was also charged for both the physical and occupational therapists who did nothing to me other than say hello. They didn’t “get me on my feet again”… They didn’t need to.

This “Medical Industrial Complex (MIC)” is costly. It’s unpredictable. It’s incredibly frustrating when you are a patient. It also produces less-than-stellar results.

But it is also full of money. A lot of money. And nothing on the horizon suggests that will slow down.

Currently, health care spending makes up about 18% of the total economy. It’s forecast to grow to close to 20% by 2027. That is an increase of $2.4 trillion on top of what we’re spending today. That increase alone is roughly as much as the total economies of Mexico and Australia combined.

So how can this be solved? The government won’t do it. They are too far entrenched and actually in bed with the MIC.  We have to change it, one person at a time, by getting healthy. Healthy people don’t need drugs. Healthy people rarely get disease. Healthy people don’t have much need for doctors or hospitals outside of injuries and occasional antibiotics for rare infections.

My definition of “Healthy” might be different from yours though. The truly healthy people I know don’t get heart disease, diabetes, cancer or other major illnesses.

They stay away from sugar and starch. They eat organic. They prepare their own food, in the kitchen, at home, using real, organic food.

They are active and/or exercise regularly. They meditate. They get outdoors as often as they can. They seek out sunshine (in moderation of course). Family and close relationships are a priority. They get quality sleep. They challenge their brain. They learn new things. They love what they do and do what they love, with whom they love.

None of them are overweight either. They rarely get sick and if they do, it’s minor and short.

Let’s get healthy together – this real kind of health – and bankrupt MIC. Then we will get our country back – especially the soul of our country and the spirit of our founding fathers who founded it several hundred years ago before MIC moved in. Before we had processed foods and artificial ingredients. Before computers beckoned us to sit down all day. Before cars, Segways, escalators, and elevators moved our bodies for us.

Tom’s story above isn’t actually about an unhealthy person or a real health crisis. His story was one of a relatively healthy person, who had to visit MIC to get something figured out. He got away easy by only paying $19k for 30 hours with MIC. Unhealthy people who have to visit MIC for real health issues pay many times that (or at least their insurance companies do) and this is what feeds MIC. And he’s big, greedy and selfish, with arms reaching far and wide including the government, medical “care,” big pharma, insurance, hospitals and much more.

There is only one solution: To get off our lazy, fat butts and get healthy. Then inspire others and spread the love to those we care about.

Reaching optimal health can take as little as 5 months for those who are already pretty healthy, to as long as 3 years for those who have really let themselves go.

That’s not much time to fix the problem. If only we could all do it because this is the only solution, It’s our only hope. Otherwise, we are doomed. And that’s no exaggeration.