Even the evilest of tyrants have to admire those who withstood the greatest vaccine pressure in the history of our world.

Those who resisted through their character, courage, discernment, values, independent thought, strength, and principles, are undoubtedly the best of humanity.

They are the soldiers that every army of light wants to have in its ranks.

They are the parents every child wants to have and the children every parent dreams of having.

They are the essence of the people who built our cultures and dared to explore new horizons.

They are there, next to you. They look normal, but they are superheroes.

They did what others could not; they were the tree that withstood the hurricane of insults, discrimination, and social exclusion. And they did it even when they felt they were standing alone.

Banned from their families’ tables at holidays, they never saw anything so cruel. They lost their jobs, were shunned from events, censored, canceled, silenced, punished, fined, and so much more, but they stood their ground.

They suffered immeasurable discrimination, denunciation, betrayal, and humiliation, but proved unshakable in their values and principles.

Never before in humanity has there been such a “casting.” Now we know who are the best on planet Earth. Women, men, old, young, rich and poor, of all races, the chosen of the modern ark, the “remnant” who did not comply and stood firm when everything and everyone else collapsed around them.

That’s you, you passed an unimaginable test that many of the toughest Marines, Navy Seals, astronauts, and geniuses could not withstand.

You are the only segment of the population who has retained their freedom. All others surrendered theirs the moment they caved in to tyranny in exchange for perceived safety, or the “freedom” to do certain things or to retain rights they already had, which they thought they might lose to tyrants who had no authority to take them away.

You are made of the stuff of the greatest who ever lived, those heroes who shine the brightest when the world is at its darkest.

The tyrants aren’t done with us yet. There will be more tests. Stay strong. You have proven yourself. Keep standing. This is how the enemy is defeated.

Darkness cannot exist in the light. 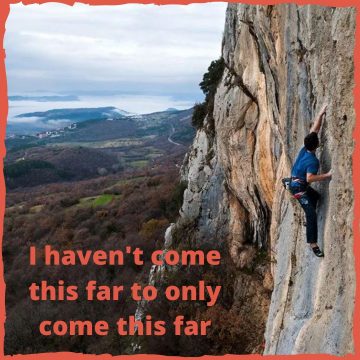